Game short description: Robot Battle Arena : Build And Destroy is a multiplayer PVP game where you design and construct your own remote-controlled armed and armored machines to fight against another player’s robot in an arena combat championship.

In this world, robot battles are popular form of entertainment and people would build robots to compete with each other to see who is the strongest builder and fighter. During a match, two robots do their best to destroy each other using whatever means available. Your ultimate goal is to become the Champion of the battle arena by competing with other players and move up the ranks. Be the best build fighter as fame and glory awaits you! 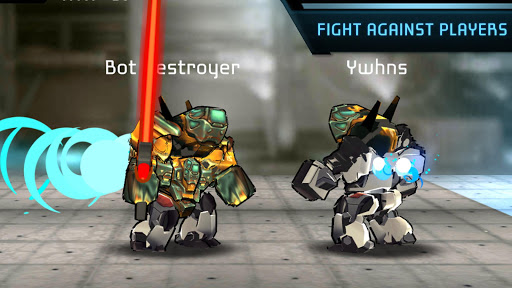